Long Way Down: Who Would Think A One-Minute Elevator Ride Can Change A Life?

People are talking about Jason Reynolds, the 33-year-old author of Long Way Down.

I’ve been hearing about this charismatic author for awhile so I picked up his latest book. 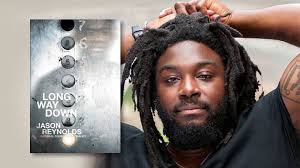 The story of 15-year-old Will Holloman, who steps into an elevator with a gun tucked into the back of his pants, received a 2017 National Book Award nomination in the U.S.

Will takes the ride of his life when he plans to avenge his older brother’s death. The ghosts of gun violence past, join Will, at different floors as the elevator descends to the lower level.

Written in verse, Reynolds tells a compelling story. Long Way Down is a quick read. But make no mistake, this story of urban violence and social rules, makes an impact. 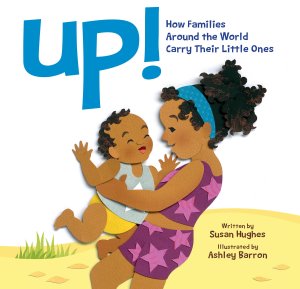 Ashley Barron, Artist in Residence at the Toronto Public Library, recently discussed her artistic evolution, at her workshop on finding your voice.

As a pony-tailed child, Barron’s art included drawings and paintings of unicorns and rabbits.

Her artistic growth has been inspired by:

The Creative Habit by Twyla Tharp.

I’ve taught voice in creative writing classes. And I’ve come to realize that  voice is intertwined with life purpose. Both voice and purpose are about awareness and the need to express individuality in a creative way.

I became a writer because I’m curious about people, language and ideas.

Often, when writing creatively, it’s because a moment in time has sparked my imagination. I might explore an idea further to try to understand it or to answer a question.

We’re all artists. Art can be created in admiration. Art can also be an act of rebellion. With dissatisfaction there is the desire to create something better.

The artist picks up the paintbrush; the camera; the writing implement;  the gardening tool; the pastry brush or the laptop. The artist uses the available tools and responds by creating.

Artists compel the audience to pause for a moment; to take another look; to think; to feel and to respond in their own way with their own creative expression. 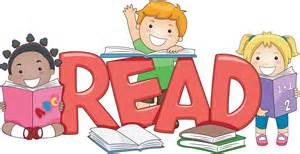 Parents gathered over juice and snacks at a north Toronto family centre to read picture books and discuss ways to help children connect with their emotions.

In a recent, Read With Me workshop, grandparents, parents and caregivers are introduced to both classic and new children’s picture books.

Books promote empathy for others.  I designed this emotional literacy workshop to help adult participants learn ways to engage children with stories; identify the picture book characters’ emotions along with their own and also, develop ways to share their personal stories and challenges with the children in their lives.

In the Information Age, we’re inundated with the distractions of technology. We also have the obligations and responsibilities of work; school; family and friends.

When we’re busy, there’s little time for self-reflection. But books can help. Books can provide both quiet solace and opportunities to engage and connect.

My hope is that in the Read With Me workshop, parents, grandparents and caregivers will find time, amidst the demanding whorl of life’s responsibilities to help children understand their emotions; be more self-aware and compassionate toward others.

“Be ready at any moment to sacrifice what you are for what you could become.”

Congratulations to a winning health care client, recently awarded  recognition at the 2017 Shared Health Services Ontario (HSSO) Achieving Excellence Together (June) Conference. As the originator of the four award submissions, I happily share in my client’s success.

In my role as a communications specialist, I used my skills to showcase the many ways this organization’s culture harnesses the talents of individuals, working together, to put patients and families first.

It continues to be exciting for me to use my skills to help clients recognize, value and celebrate staff achievements. It’s the people that make an organization. It’s the acknowledgement of their commitment, their time and considerable efforts that increases their engagement and encourages them to continue to grow and improve in value.

Celebrating This Land And Our Creative Makers

The recognition of Canada’s 150th year of Confederation brings with it an opportunity to get out and see this vast country this summer.

For some, Canada’s 150th is a time for celebration and fireworks. For others, it’s an opportunity to pause and reflect on the atrocities committed, against other human beings, all in the name of nation building.

When I landed a copywriting assignment to describe a series of contemporary art installation projects in Canada’s national parks, the project opened my eyes to the expansive beauty of this land. And the creativity and diverse perspectives of Canada’s artists.

Make a virtual trip to LandMarks 2017 then plan a real-world trip this June. You’ll learn more about Canada’s history, this land and its creative makers. And perhaps you’ll view Canada with fresh eyes. 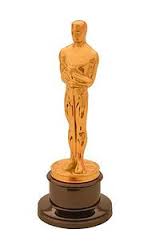 A Sincere Apology Can Repair A Damaged Brand

You know what happened. A PwC (PricewaterhouseCoopers) partner handed Warren Beatty the wrong envelope for the Best Picture award.

Almost immediately (two minutes and 29 seconds later, or so I’ve read) after La La Land was announced Best Picture and the gaffe was corrected, Moonlight was awarded Best Picture.

Will PwC’s 83-year relationship with the Academy of Motion Picture Arts and Sciences (AMPAS) continue? Will the PwC brand recover?

PwC has taken the first step. They’ve taken responsibility for their error. The situation is being investigated to understand what happened and avoid future mistakes. So, what’s next as PwC goes about mending the damaged relationship?

I’ve written about what it takes to make a sincere apology and repair a damaged relationship. Take a look:

Sorry Doesn’t Have To Be The Hardest Word

A New Year’s Plan for Success

Tell me, what is it you plan to do with your one wild and precious life?

It’s been said that most people spend more time planning a party than they do their own lives.

The New Year is well under way and if you’re like so many people, including moi, you’re still wondering how to make the most of it.

Too often,  people wake up one day and say, ‘hey, where did all the time go?’ No one wants to regret the time they spent here on Earth. We all get 24 hours a day. It seems to me, success is really about time management and choice.  We can choose to waste our time or, we can plan, set goals and achieve.

A colleague stopped by the other day with a Passion Planner. It’s a day timer with a difference.  It contains a calendar and inspirational quotes but more than that, the owner is encouraged to address personal roadblocks, whether real or imagined, and dream and set goals within the Planner’s pages. It makes sense to use any available tool that will help in setting and achieving goals.

Another adage that I’ve always liked is this one: Fail to plan and you plan to fail.

So, this year, I’m going to do my best to remember my personal Passion Plan. Focus on what you want; where you want to go; develop new habits; take action; have fun and create positive change.

At the end of the year, I hope we’ll all celebrate 2017 as a great year for both setting and achieving goals.

December: A Time for Reflection

I’ve always liked the expression: You can’t drive forward while looking in the rear view mirror.

However, if ever there was a time for looking back and reflecting, December is it.

Reflecting on 2016, I was startled to discover magical moments that, although initially celebrated, had already been forgotten.

At times, it’s important to look back to recognize and acknowledge those delicious, fleeting moments. I also noted bumps in the road that were averted and spills, that could have been avoided with greater attention to the road ahead.

Now, facing forward again,  I eagerly look forward to the new year ahead and the journey before me, with a renewed spirit of adventure and awareness. 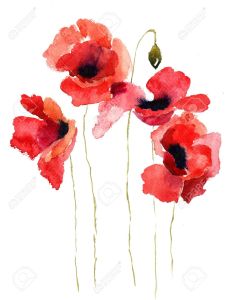 War has altered the destinies of so many.

Serbia was allied with Russia. Austria-Hungary had an alliance with Germany. Owing to different allegiances, Germany, Russia, France and Great Britain all became key players in The Great War.

On October 9, 1914, a Georgia sharecropper’s son enlisted in the French Foreign Legion. Bullard’s father had often told Eugene, his lucky seventh child, stories about places beyond Columbia, Georgia, where all men were treated equally.

Anxious to escape the oppression of Jim Crow Georgia, Eugene sold his pet goat and ran away from home.

He ran errands and worked as a jockey. As a lightweight, a teenage Bullard boxed his way through Europe. Eventually, he arrived in France. And when World War I was declared, he joined the French Foreign Legion.

Bullard spoke fluent French and some German and he fought valiantly in the trenches of Verdun.  He was awarded the Croix de Guerre along with other medals for his bravery.

Later, he flew combat missions in a SPAD bi-plane with the Lafayette Flying Squad and shot down red German Fokker planes.

At that time, the U.S. wouldn’t allow African-Americans into its air service. And when the U.S. joined the War effort, Bullard was abruptly discharged from service.

Today, I’m grateful to Eugene “Jacques” Bullard and the many servicemen and women around the globe who have fought for, and continue to fight, for freedom from oppression.

Next year, Canada will celebrate 150 years.

As a writer and storyteller, I’m offering assistance, on a sliding fee scale, to individuals and community groups who want to share their stories in the form of an anecdote; photo or video with the www.canada150.org project.

From the indigenous peoples to the pioneer settlers, the newcomers and community builders, stories help us celebrate and acknowledge the past and plot a new course for a stronger nation.

With my parents and sister by my side, I arrived in Canada in the late sixties. We sailed from Blackpool, England to Montreal, Canada on the passenger ship, The Empress of Canada.

My Jamaican-born parents faced the challenges of starting over in a new country with optimism and endurance.  Today, just like so many of you, we are proudly Canadian with our own stories to share.